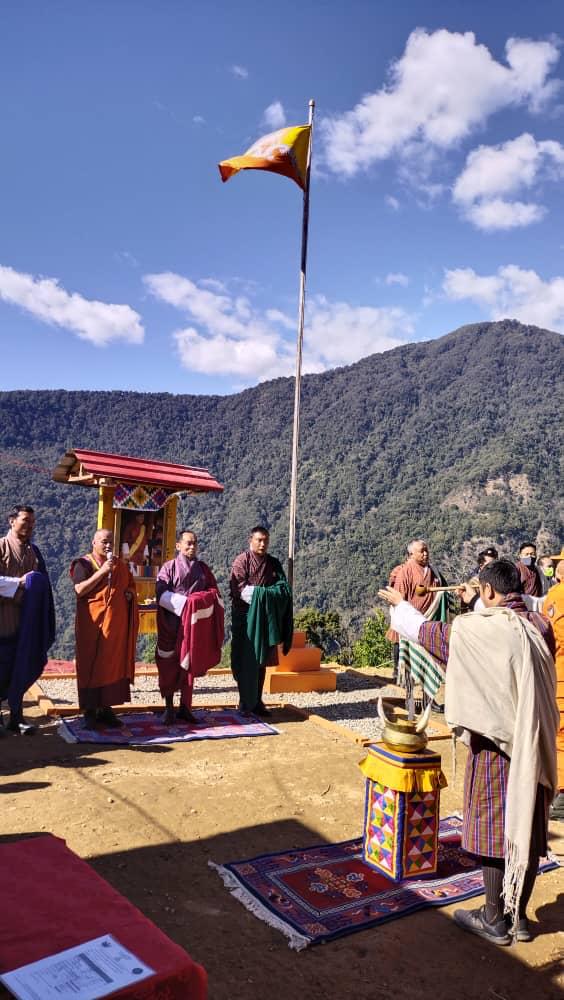 The 12 families of Shaba chiwog under Sambay Gewog in Haa will soon have reliable and abundant water for irrigation. Sixty De-suups along with RBA personnel and officials from Haa Dzongkhag and Sangbaykha Dungkhag administration will be engaged in the construction of  4.5 kilometer long canal.

The 10 million worth irrigation project is expected to be completed in six months. The villagers here grow paddy, cardamom, wheat, buckwheat ,mustard and oranges. It is the second project in the Dzongkhag that De-suung National Service Department has undertaken.

The project was launched on 2nd January, 2022. It was graced by Venerable Lam Neten  of Haa Dratshang. Dasho Dzongdag, Drangpon along with the Members of Parliament and officials from RBP and Dzongkhag Administration joined the launching.