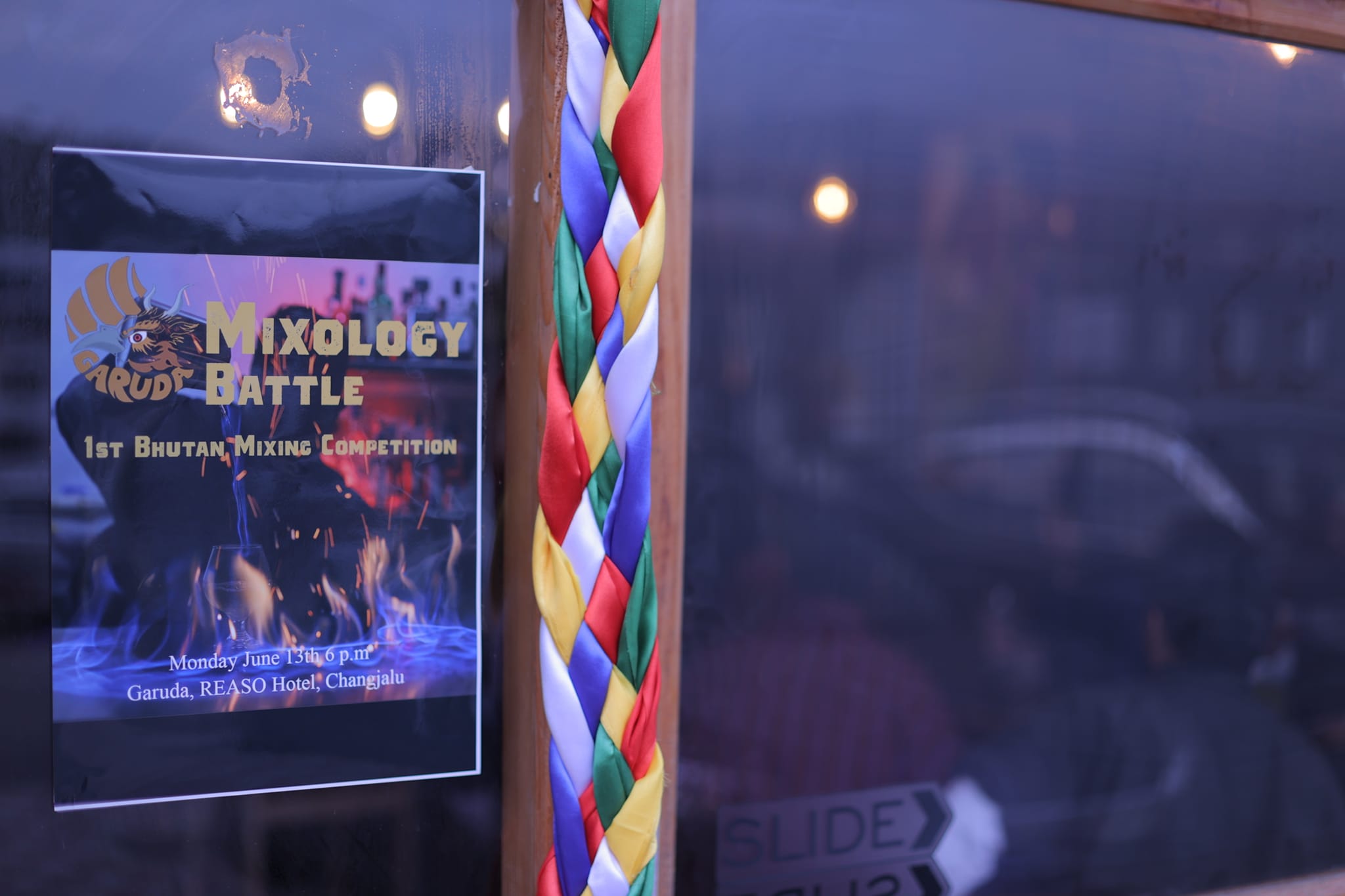 17 contenders from the first, second and third batches of DSP Bartending presented concoctions to win the “Champion” trophy.
The creations were judged on technique and skill execution, creativity and presentation, product knowledge and story of the recipe, taste and aroma and confidence and character. All drinks featured local ingredients- a testament to the potential and innovation of using what we already have.
Featuring oranges from the south, egg white from the west, honey from the central, and Ara from the east, topped with a fog of incense smoke from the north, Shangrila, created by Namkha Dorji won the Champion trophy. Shangrila was commended for its balanced flavour profile and showmanship of presentation. Namkha Dorji graduated from the first batch of the DSP Bartending.
Tsangzey- fruit of thorns- which had a cactus puree as its star ingredient won the first runners up. Tshering Tenzin created it to remember the sweet victory of overcoming hardships. With its whiskey base, Tsangzey also features kaffir syrup, lime juice and saline bitters. Tshering Tenzin graduated from the second batch of DSP Bartending.
Mee-tshay, a smoothie whipped from strawberries and bananas won the second runners up. Kuenzang Lhaden created it to live her childhood dream of being Willy Wonka – the smoothie is served in a chocolate dome topped with vanilla whipped cream on a tray of other assorted frozen fruits to resemble a forest. Kuenzang Lhaden is from the first batch of DSP Bartending.
Chef Kalel has been training the last three batches of DeSuups in Bartending and Beverages DSP.
The trophies were created by the Desuups in DSP Carpentry. 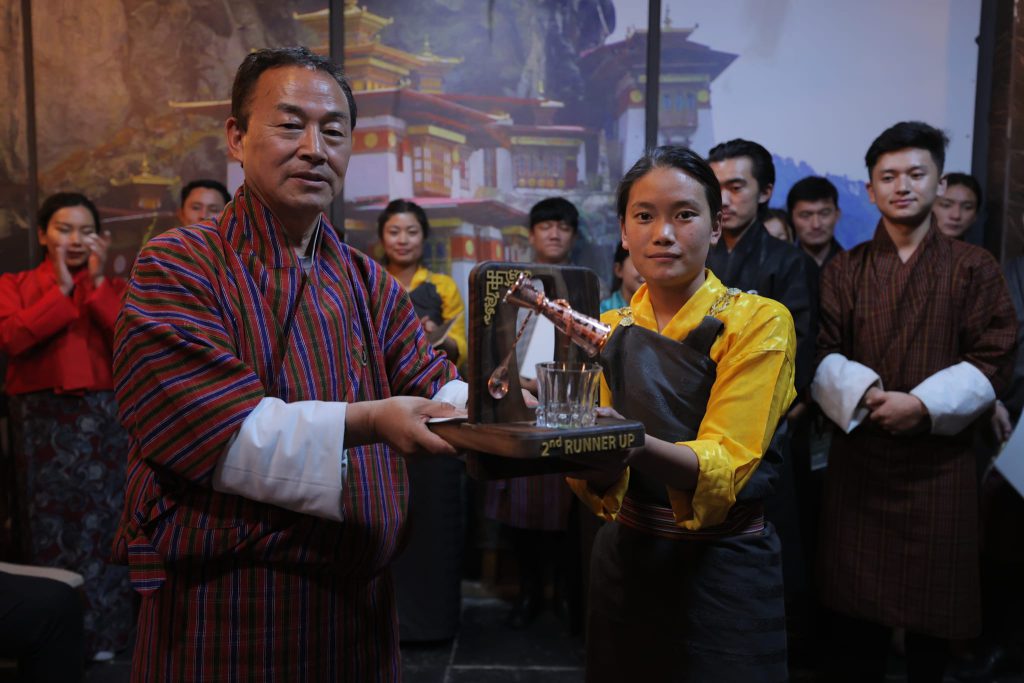 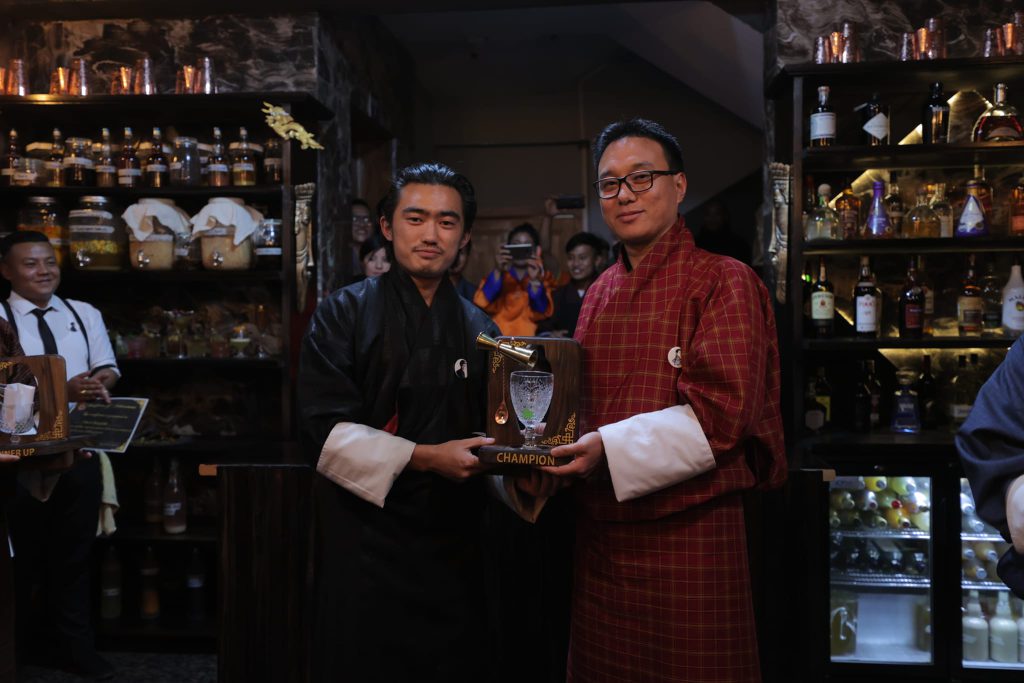 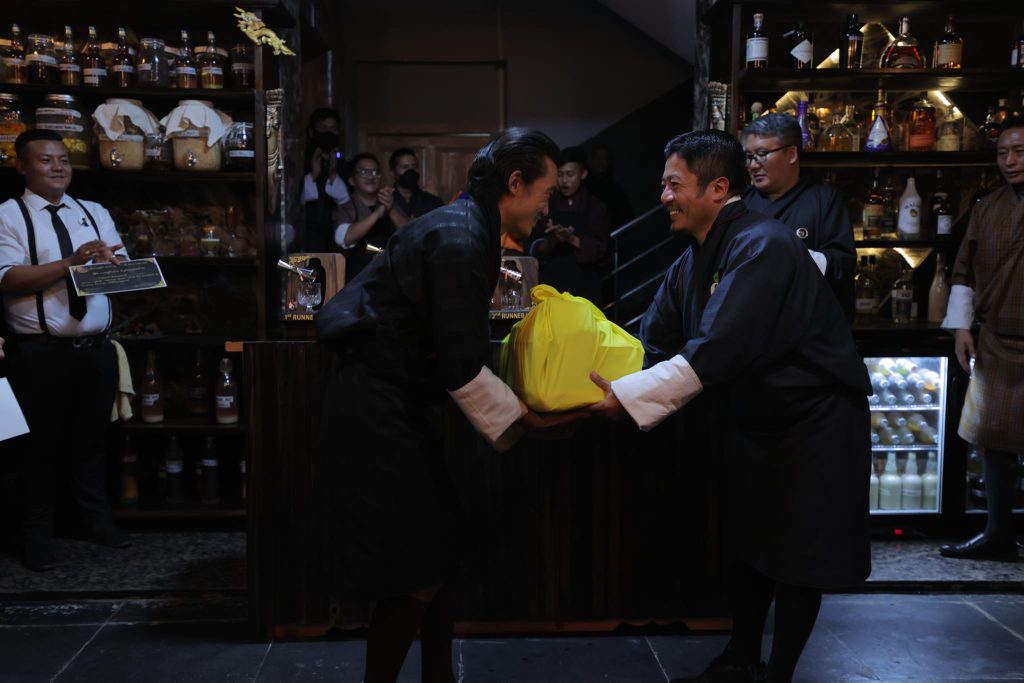 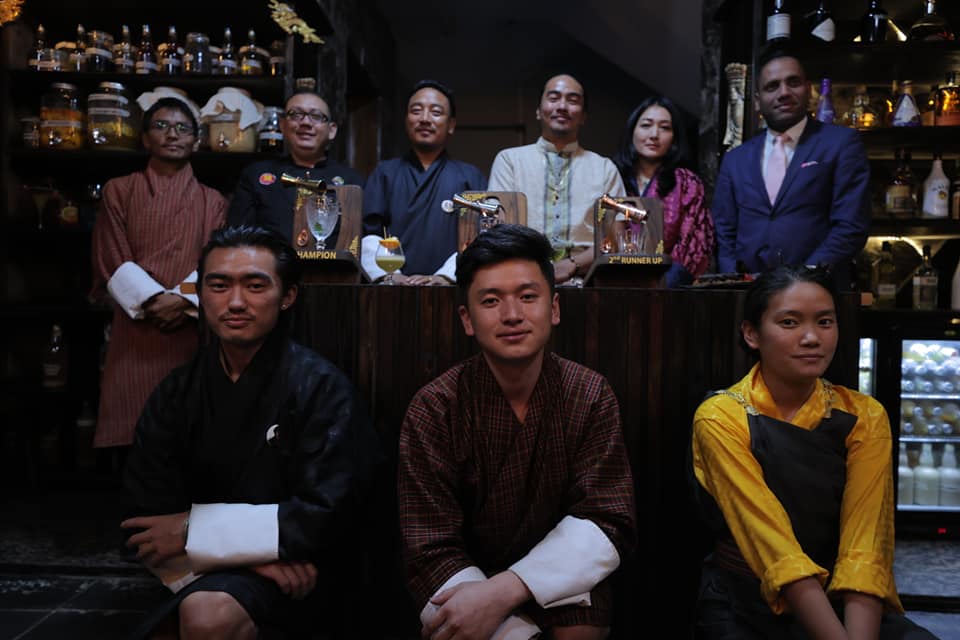 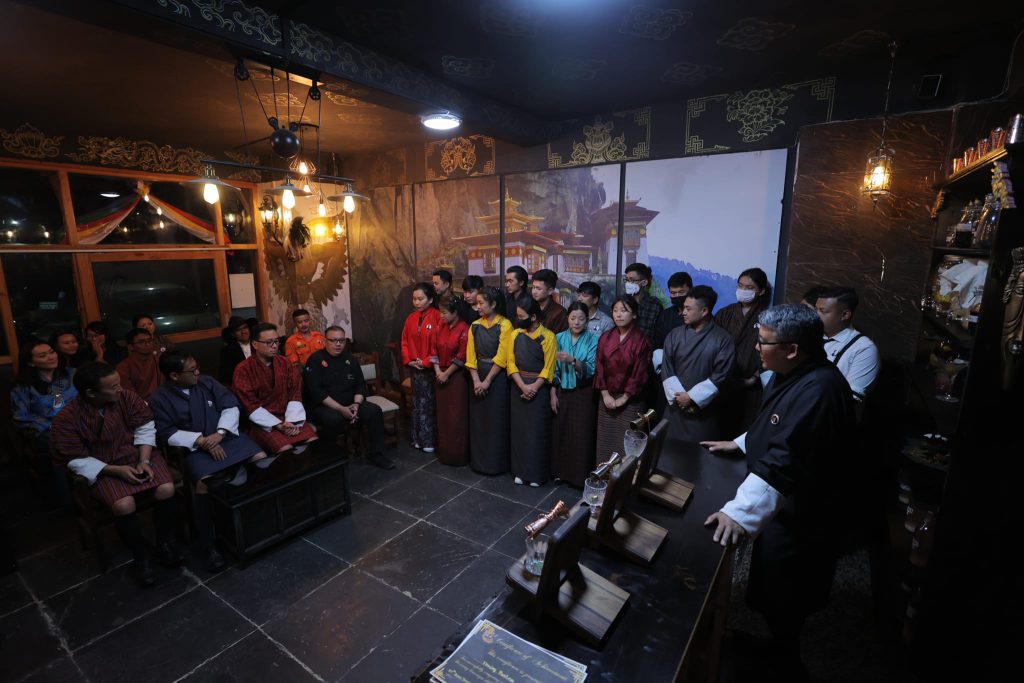 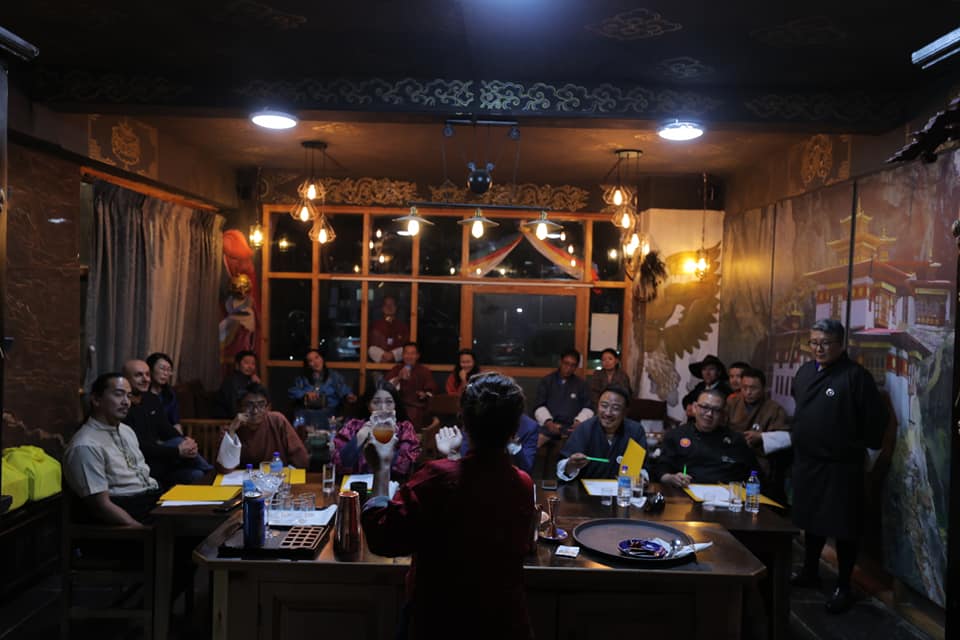 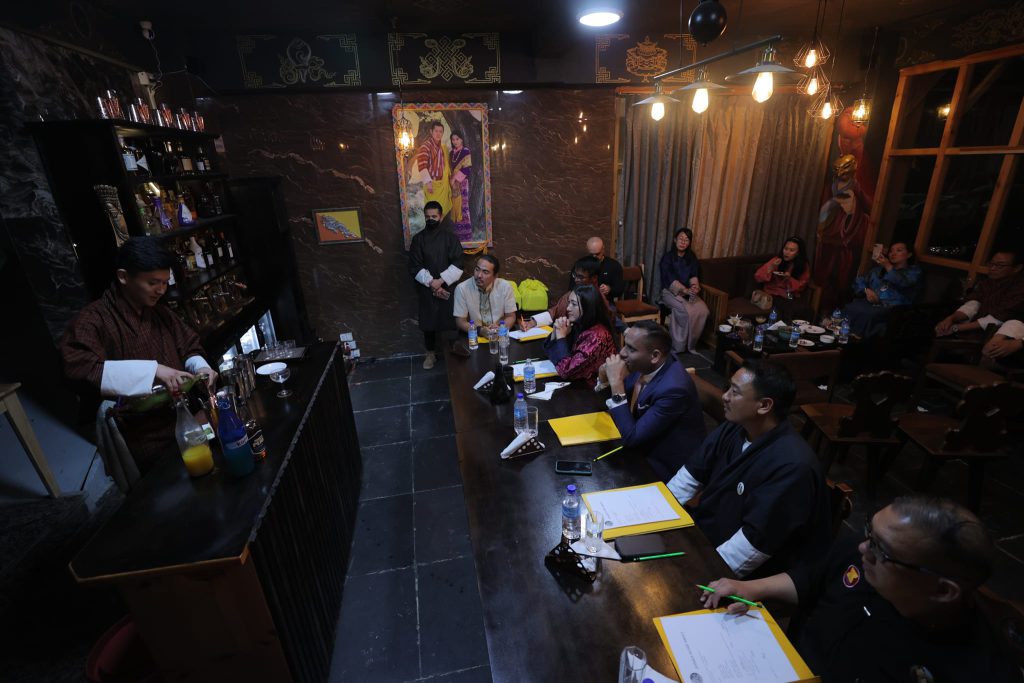 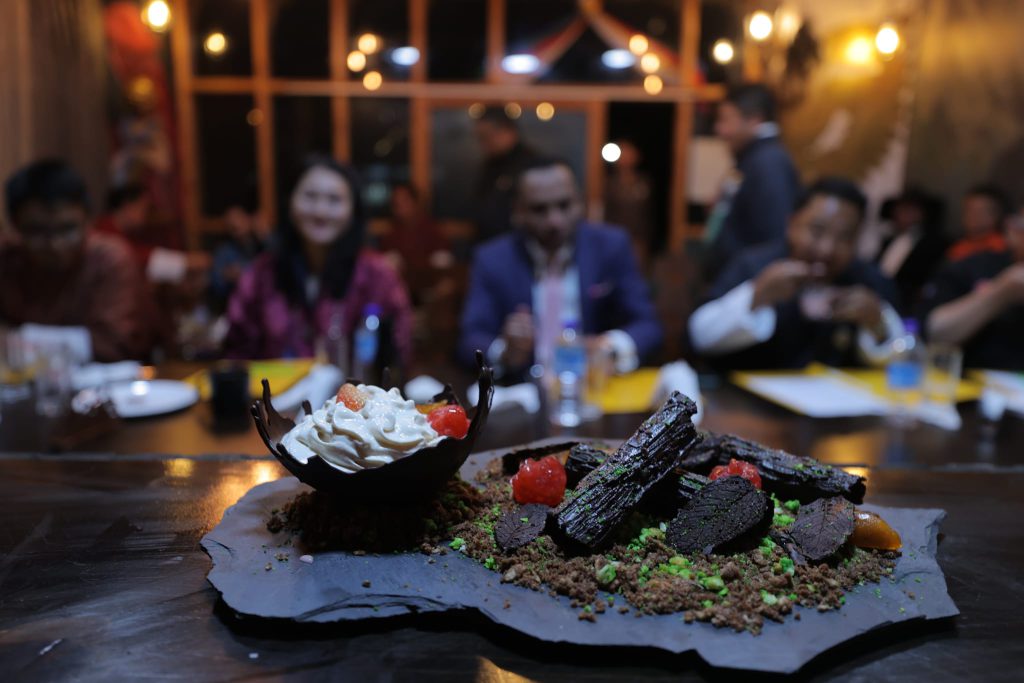 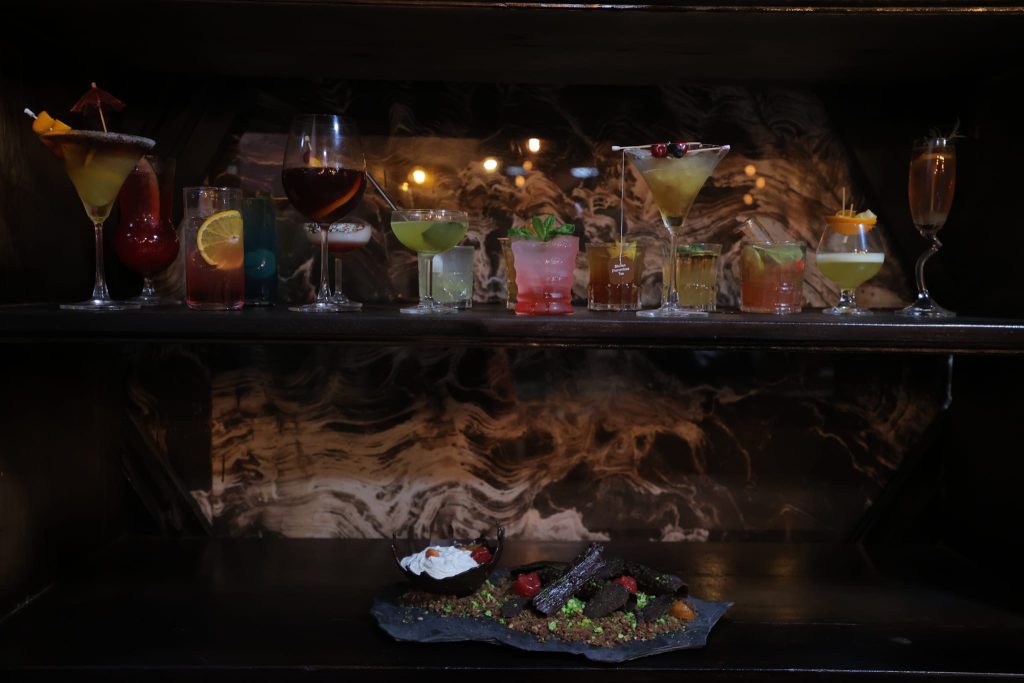 Opening of the DSP sounds and Lighting 3.0 and Construction Multiskilling 3.0

Closing of the Bartending and Beverages DSP 3.0