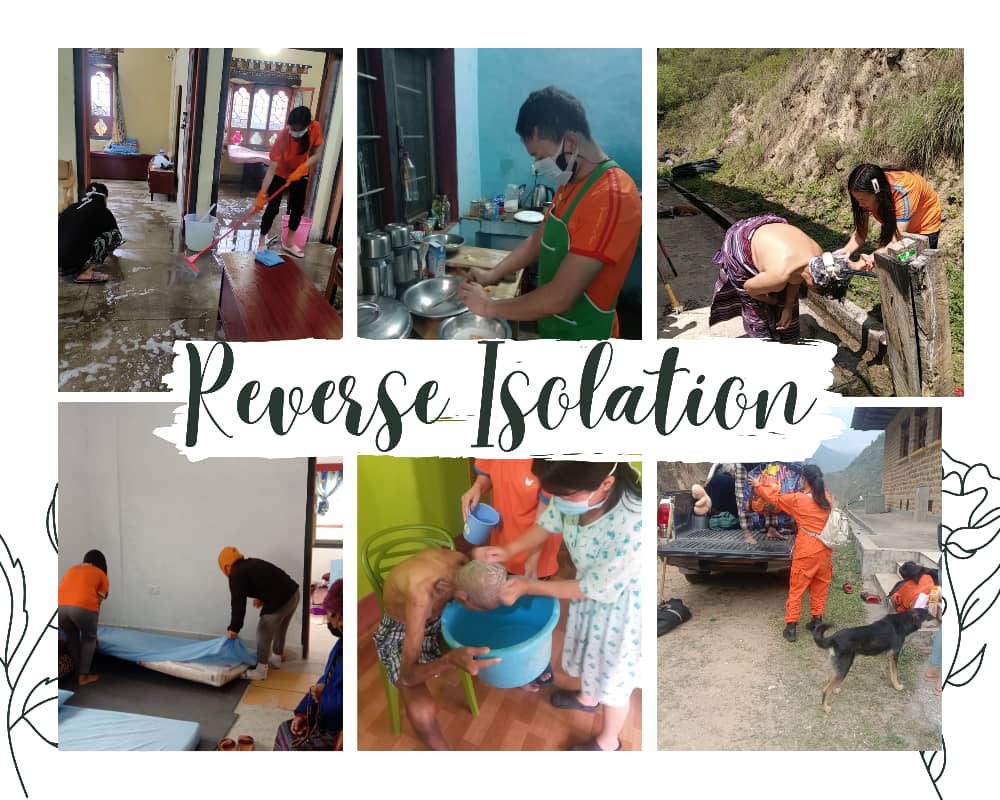 The Desuups who were deployed in RIF as Facility Manager, Facility Security and Medical Care provider (Desuup Plus) and in some facilities even extended cooking services. The young volunteers took on the responsibilities to help groom, bathe, dress, help the residents use the toilet, do housekeeping, issue medication reminders and provide company and engage in hobbies and fitness activities.

DeSuups Plus, who were trained in basic health care training were effectively used in the facilities to monitor vital signs, ventilator care and administer timely medications to vulnerable beneficiaries.

DeSuups on duty played an important role in the overall operation and functions of the facilities. A total of 362 DeSuups came forward to serve in Reverse Isolation Facility out of which 242 DeSuups have been turned over and are now engaged in other duties and skilling programs.

Currently, there are 120 DeSuups deployed in various RIFs. Thimphu alone has deployed 116 De-suups in 12 RIFs out of which 82 of them were relieved and currently 27 Desuups are actively engaged in 4 RIFs.

With the initial directives received from the Office of the Gyalpoi Zimpon, Desuup volunteers have contributed immensely in safeguarding the vulnerable population during the pandemic. 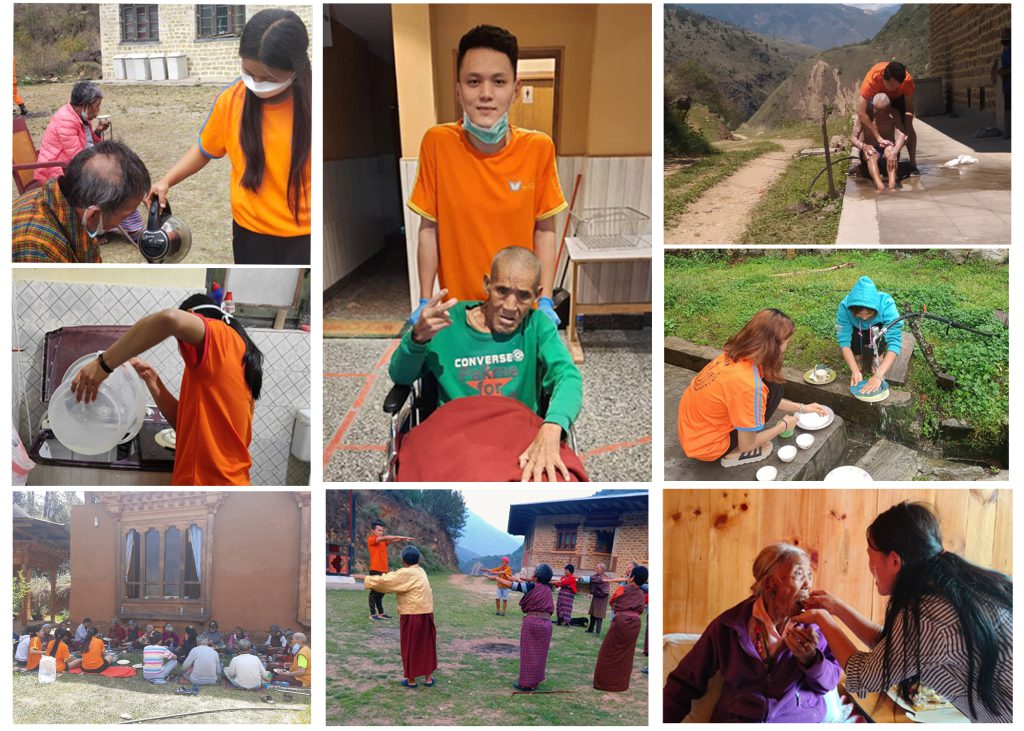