Inspired by His Majesty the King’s address to the Nation on 12 September 2020, the Office of the De-suung has collaborated with the Royal Government to engage our youth in nation building activities. Thus far, the projects have focused on developing water resources to improve and expand water supply for the benefit of our people in line with the 12th Five Year Plan.

In preparation for the nationwide roll out of water projects, two pilot projects were successfully launched in in Guma Gewog in Punakha and Semjong Gewog in Tsirang under the auspices of the De-suung National Service Program. Concurrently, specialized trainings were conducted for the 3,497 De-suups with focus on imparting water related skills in the 42nd and 43rd Batches.

The third De-suung National Service Project was launched today in Saling Gewog in Mongar Dzongkhag coinciding with the 113th National Day. The Kalapang-Resa Chiwog water supply project is part of the Royal Government’s Water Flagship Program implemented by the Ministry of Works and Human Settlement in collaboration with the Mongar Dzongkhag Administration. Sixty-five De-suups, primarily consisting of those trained in the 42nd Batch have volunteered for the Mongar project. 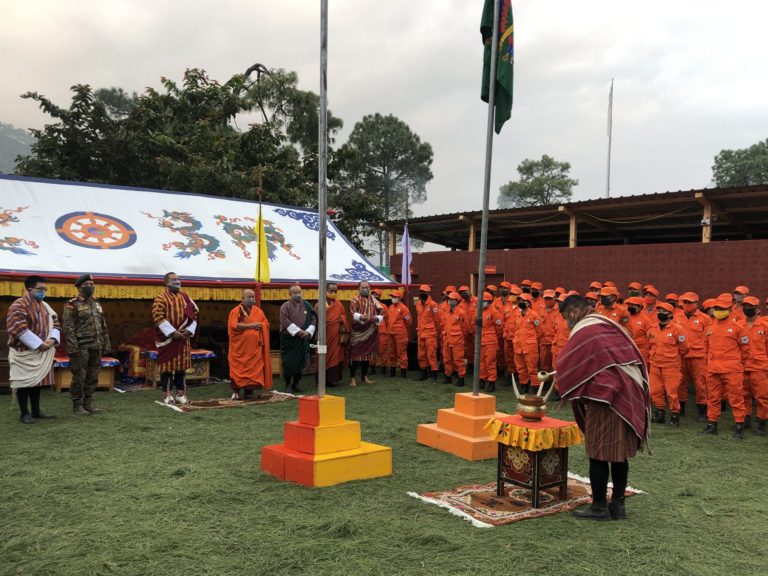 The scheme is expected to benefit about 27 households and can support about 240 people. Besides augmenting the current drinking water supply, the project will provide reliable and adequate water supply for dry land irrigation in the Kalapang Resa village. This will help the farmers to grow winter vegetables and enhance their household incomes by productively utilizing the fallow lands.

The project consists of construction of the following: stream intake at source; water main pipe line of about 4 km; and distribution pipe line of 13.4 km. In addition, three new water reservoirs and break-pressure tanks will be constructed with tap stands and portable sprinklers for irrigation. The total cost for the water infrastructure component is estimated at Nu 5.5 million and is estimated to take around three months to complete.

The Coordinator of the Water Flagship Program, MOWHS, said that the commencement of the De-suung National Service has been very valuable and timely as various development projects are hampered due to the pandemic. The partnership will help to accelerate the water flagship projects across the country as the De-suups are not only well trained and skilled but also have high levels of motivation and team work as evident in the two pilot projects. 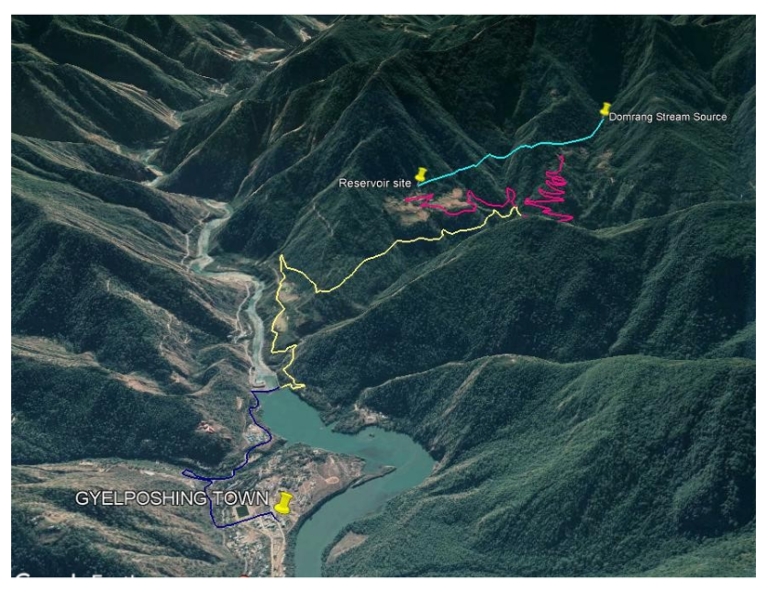 The Dzongda of Mongar said that the project comes as a major blessing for the villagers. Despite facing water shortage in the winter, the farmers have been very enterprising and managed to grow some winter crops like bulb onions and green vegetables. With reliable water supply, he said that it will further encourage the farmers and also help to meet some of the rising vegetable demand in the Dzongkhag. The Salang Tendrel ceremony for Kalapang Resa Chiwog water supply scheme was held on 17th December 2020. It was presided over by Venerable Lam Neten of Mongar Dzongkhag and attended by officials of the Dzongkhag Administration, MoWHS and the Local Government. Upon completion, the water scheme will be handed over to the Gewog/ community for ownership, operation and maintenance. The RGOB plans to launch two additional projects in collaboration with De-suung National Service in Trongsa and Chukha by January 2021. 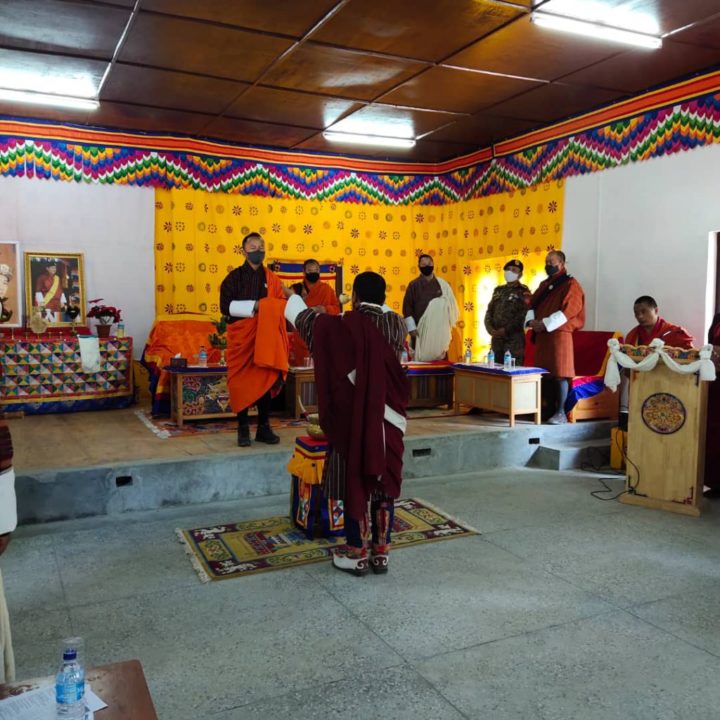 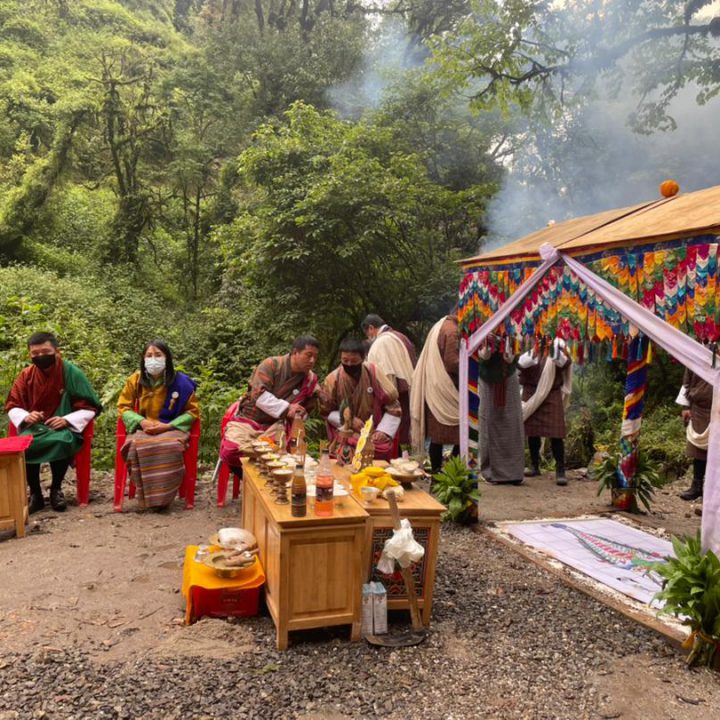 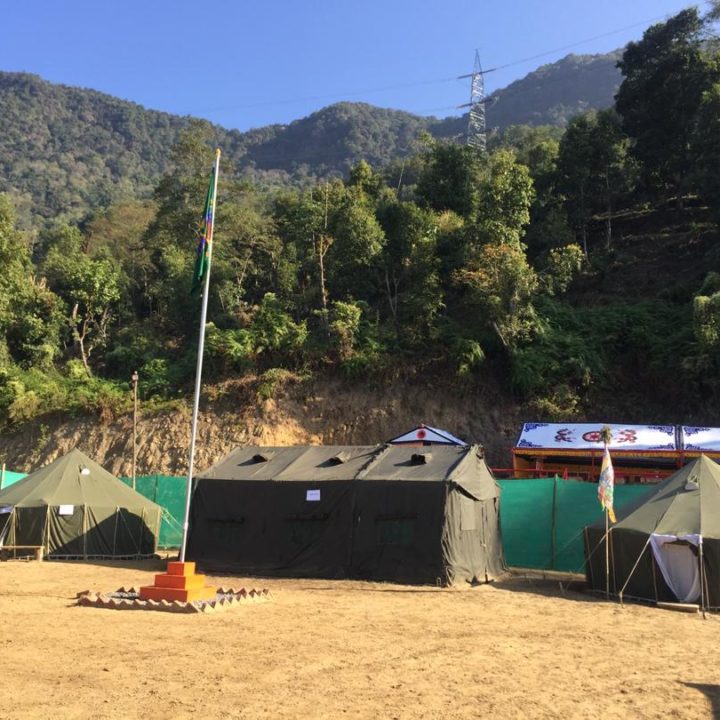